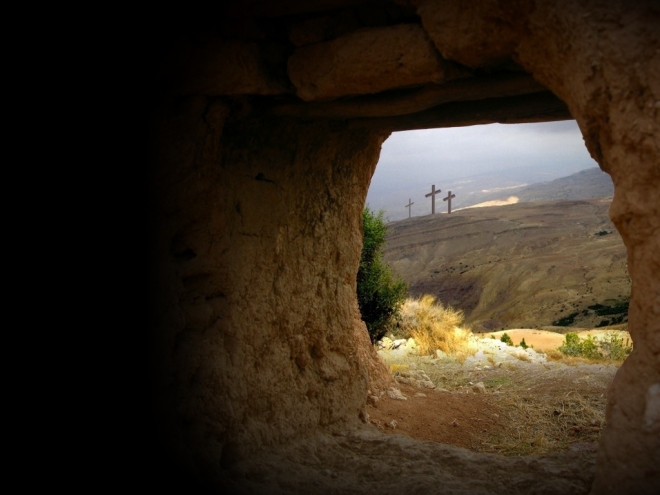 A few months ago, I found myself wondering how Mary must have felt at that wedding feast in Cana. A lot has happened between January and now and to be perfectly honest, I had almost forgotten what I’d written. But then, with a timing that only God can pull off, a dear friend emailed my own words back to me on Holy Thursday. My friend is newly married and now is the very happy stepmom to three teenage boys. And I have my two sons. The belief that God finds us worthy to trust us with raising these young men is staggering so what Mary faced would have been even more staggering.

I live for Triduum. I always have. But one of the sad realities of my divorce is that I rarely have my sons with me for Easter, simply the luck of the calendar. I was so very happy to know I would have them with me this year but sadly, there was drama and fighting right up to the door of church on Holy Thursday. As I sat in the pew, ready to elbow either one if they tried to continue their bickering, I found myself looking at the cross and asking Mary how she managed to get through those last few days of her son’s life. How did she find the strength to watch her boy marched to his cruel execution? How did she stand by his side to the very end? How did she not want to strangle his friends, who had become like family, but then abandoned him?

As it turned out, the answer was handed to me. Quite literally. My older son and I were asked shortly before the start of Mass to bring up the offertory gifts. Being Holy Thursday, that meant being at the end of the procession, after the sacramental oils which were brought in one by one. As I stood at the back of the church holding the ciborium, waiting for our turn to process in, all the drama, all the fighting, all the questions that had been clanging around inside me were suddenly silenced. As the quiet descended inside me, I realized that I held the answer to every question ever asked right there in my hands.

How did Mary find the strength to get through her son’s last few days?  She trusted God. From the moment of the Annunciation, from that first moment when she trusted God, God had worked the impossible in her life. As those 33 years passed, she watched Jesus become a man, saw the miracles he worked, and witnessed the way he challenged the Jewish establishment, she would have to trust God over and over and over again. But from the moment she held her newborn infant in the stable to the moment she held his broken corpse at the foot of the cross, she knew, if only with a mother’s intuition, that she held the answer to every question ever asked right there in her arms. In the darkness of Good Friday and the long silence of Holy Saturday, she trusted that God would work the impossible. She would not be disappointed. 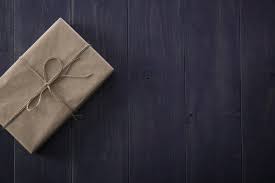 The last two weeks, Lent has taken an interesting turn. What started out with anger, tears, and revisiting old trust issues has led to a series of little moments that feel like something I can’t quite name. Reassurance? Affirmation?  Those both have connotations that don’t quite fit but I guess they’ll have to do.

It started when a friend had the opportunity to hear William Paul Young speak. I’ve read The Shack at least 20 times and it has become a part of me. But because of that, I could never quite bring myself to pick up either of Young’s other two books which followed it. If his other books didn’t bring me to the depths to which The Shack brought me, I would be heartbroken. It was risk I had decided not to take. All that over a book. I know, it sounds a wee bit dramatic but The Shack found its way into my hands at precisely the right time and every time I read it, something new reaches me. Now I was hearing about Young’s latest work, Eve. In spite of my reluctance, I was intrigued enough to buy it. By the fifth page, I was hooked and I didn’t so much read as I inhaled it in a matter of three days.

Why didn’t God protect me?

It is incredibly disquieting to read a fictional character’s story and find yourself reading your own darkest doubts and questions. The main character’s whipsawing thoughts and emotions so closely echoed my own that I often felt as though I was looking into a mirror of my soul.

After reading Eve, I had two little things cross my path. Neither of them would mean a darn thing to anybody else. First, I walked into work after having finished the book and the first thing I saw was an Oprah magazine on the table. In big black letters on the cover were the words, “You are not alone.” Of all the things in the room, that was the one thing that caught my eye when I walked in the door. It felt like a hand on my shoulder.

The second moment came in my bioethics class when I was assigned reading a declaration from the Sacred Congregation for the Doctrine of the Faith. Two lines in it suddenly brought up a question I’d long since stopped asking. Unasked questions have a nasty way of hanging around like shadows no light can reach. Now it showed up again but in a different light. I’ll be spending time to look at it again with fresh eyes. It felt like I hadn’t been forgotten, even when I had given up.

Lent this year has been about little things. Lists. Seeing things in new ways that can’t be unseen. A good conversation. An unexpected book. A few lines of text. After all up the upheaval of this past year, I wasn’t up to anything big or dramatic. And it’s taken me all the way to Palm Sunday to figure out that God knew that better than I did. So He showed up in the little things. All I had to do was pay attention.

Confession. Yeah, it’s been awhile since I’ve been. I know. I know. It’s Lent. And a Year of Mercy. I know that too. But… Hey, I have my reasons why I haven’t been in a couple years. They aren’t particularly good reasons, but they’re mine.

But I decided that maybe this year for Lent, I might actually try living the penance I’ve been given more than once and by several different confessors: to lighten up on myself, even just a little bit. That’s really not so easy for me to do but there have been days when I’ve managed to pull it off. I actually let myself skip a couple of minor homework assignments in spite of the ding it might put in my grade. Yeah – me – the perfectionist. Crazy right? There was so much going on and trying to juggle it all was making life too crazy. So I actually let an assignment go. More importantly, I let an assignment go and didn’t beat up on myself for it. That’s the hard part. To simply let it go. And I can’t say I’ve completely let it go and never looked back. I still know the grades in all three of my classes averaged out to two decimal places. But I also know that when one of those classes is a bit lower than it could have been, that I’m not going to freak out over it or drive myself batty trying to fix it. It’s just going to be what it is and I will be okay with that.

Part of the juggling act the last two weeks included my younger son, Eugene, needing to get glasses. He only needs them for distance but that will mean wearing them to school. He loves being able to see stuff across the room and he hates wearing glasses. During that ride home from the eye doctor, wearing his new glasses for the first time, his non-stop running commentary was something I won’t soon forget. A snippet of that conversation went something like this:

Eugene: But if I take these off, now I can’t see.

Me: You couldn’t see anyway. That’s why you got glasses.

Painful grammar aside, I know what he means. Sometimes, the way we see things changes and to go back to seeing them the old way wouldn’t make a lick of sense. Kind of like me finally seeing that my whole world isn’t going to go to hell in a hand-basket because I allowed myself to be a normal, imperfect human being. That can’t be unseen. And I know that because I tried. Yes. Really. And I’m adding that to the list of things I will no beat up on myself for doing and let that be what it is.

So what about Confession?  Lent isn’t over yet. I’ll get there. I just need to let go of my not-particularly-good reasons. For Christmas, I bought myself an Anglican rosary. The story behind that will be another post for another time. But for Lent, the prayer that I have prayed most often on those beads is from Julian of Norwich. All shall be well and all shall be well and all manner of thing shall be well.