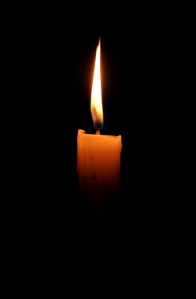 Every man is called separately, and must follow alone. But men are frightened of solitude, and they try to protect themselves from it by merging themselves in the society of their fellow-men and in their material environment. They become suddenly aware of their responsibilities and duties, and are loathe to part with them. But all this is only a cloak to protect them from having to make a decision. They are unwilling to stand alone before Jesus and to be compelled to decide with their eyes fixed on him alone.

Dietrich Bonhoeffer – “The Cost of Discipleship”

And then Jesus spoke to the disciples saying: Go forth and become the majority. Build for yourself a great nation. Create laws and ordinances to ensure that all of the nation obeys the precepts of that you, as the church, shall create. And those that do not obey or seem a threat, you shall punish, ostracize, and ban them. And I shall pour forth blessings upon that nation and they shall inherit the earth.

Wait… What?!  That’s not at all how scripture reads. Jesus came into this world 2017 years ago and we’re still fighting petty moral battles, much as the religious authorities were during biblical times. Why? Because we human beings are a damn stubborn bunch. We are also social creatures and thus, we seek safety in numbers. We prefer to be surrounded by like-minded people, with similar goals and aspirations. As American Christians, whether we admit it openly or not, we hope to secure our moral authority through attaining a majority rule. Somewhere a notion has arisen that we must establish a Christian nation. Is that really what Jesus taught? I don’t know about you but as a follower of Jesus, I don’t go to bed at night reciting the Pledge of Allegiance nor do I awake in the morning to meditate on the Bill of Rights.

Jesus told the disciples that they are salt and they are light. The kingdom of God is a tiny seed and a small bit of yeast. God has chosen the foolish, the weak, the lowly, and the despised. Those who are blessed are the poor in spirit, those who mourn, the meek, those who desire righteousness (note that says desire, not enforce), the merciful, the clean of heart, the peacemakers (again, not enforcers) and the persecuted. Do any of those sound like a majority?

One uses a bit of salt to flavor the whole dish. If the whole dish were salt, it would be inedible. One lights a lamp to light a dark room. If the whole room were filled with flame, everything would be burned. Mustard seeds need room to grow into large bushes. Planted in a clump, the plants would be stunted, and likely not survive. Yeast alone cannot produce bread. It must be a tiny portion mixed into the dough.

It can be hard when the darkness becomes powerful and we begin to feel overwhelmed to remember that we were never told to subdue or conquer the darkness. Our calling is to stand against the darkness and we may fail at times. And when that minority feels impossibly small, we must remember that Jesus started, not with a conquering army, but with a wandering band of 12 average men who brought the flickering light of hope into a dark world. You can look around for the secure religious majority or you can decide with your eyes fixed solely on Jesus. Love God. Love your neighbors. Love yourself. Love your enemies. Do good to those who curse you. Defend the widow and orphan. You are light that holds back the darkness and gives hope to the people in darkness around you. Or not. Your choice. 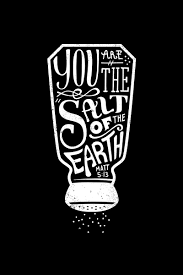 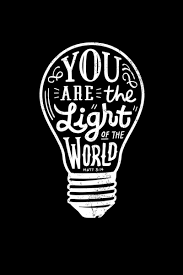 I’ve been know to ask (beg, plead, whine, demand, politely request) God to be a bit clearer at times. An email would work. Three foot flashing neon sign would be nice. Text message would be awesome. Ha ha – right? I mean, God doesn’t work like that. Except that all three of those things have happened to me over the years that I’ve been writing this blog. God speaks through the people and the world around me in ways that never fail to catch me off my guard – and that is impressive because I’ve had a tendency to be fairly guarded.

The thing is, little by little, God has been undermining my defenses in a thousand little ways and while I’ve noticed, I haven’t resisted. Does that count as surrender? I don’t know but it’s about as close as I get to it. I’ve learned that God actually does answer me – not on my timetable and not in ways I expect – but answers nonetheless. So I’ve learned to watch and listen and while I’ve cracked the joke to friends that God has picked up a megaphone lately, I suspect the truth lies less in God’s megaphone usage and more in my being open and paying attention.

So paying attention to a bunch of little things stretching all the way back to last Easter led me to these words on the twelfth day of Christmas:

The Cost of Discipleship, Dietrich Bonhoeffer

And in case that wasn’t quite clear enough…

‘Ye are the light.’ Once again it is not: ‘You are to be the light,’ they are already the light because Christ has called them, they are a light which is seen of men, they cannot be otherwise.

The Cost of Discipleship, Dietrich Bonhoeffer

Ever read something that so rocks your world, you have to put the book down and talk a walk?  Yeah. This was one of those. I’ve spent so much of life trying to grow into or step into or become some ideal that I’d made up in my head. I had some vision cobbled together from a hundred different sources but not one of them was Jesus. And having realized my error and going to the only source that mattered, I was now reading as direct an answer as I could have dared to ask for. By virtue of following Him, I am salt and light, whether I like it or not, and cannot be otherwise, even when I can’t (or won’t) see it in myself. That means all that work of “becoming” really isn’t up to me. Which also means I’m not really in control of it. That is both a relief and scary as hell. Relief because I have been known to make my life way more complicated than it needs to be. Scary because… well…control. 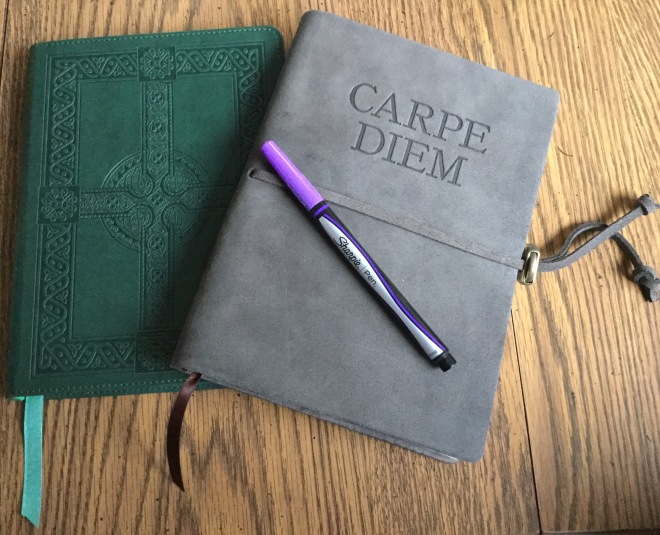 I took six weeks off from writing publicly. I can’t say that was a planned hiatus but it was one that was very much needed. Jesus and I had some things to discuss off the record. So here I stand at the start of a new year and like most people, I looked around on New Year’s Day and said, “Okay, now what?”

Looking ahead, I have a whole new year, full of possibilities. I have a challenging semester starting very soon. I have a child preparing for his trip out of the country. I have another child preparing to graduate high school. A vacation is planned and a retreat is too.  My summer classes are planned out and thoughts about the fall semester are swirling as well.

Looking back, my Advent season was a blur between the craziness at work and finals at school. But at the same time, I bought myself a book. As usual, I bought it with the intent of reading it during my winter break. And as usual, I read a page or two and soon found myself completely sucked into a 624 page tome that I legitimately did not have the time to read. So, being me, I read it anyway to the neglect of everything else and finished it late in the night on the night before my sociology final, for which I was should have been studying. By the time I finished it, the semester was over, Advent was over, and Christmas was upon me. Christmas was the way I like it to be – full of quiet and family. There was silliness and laughter and time to just be together without the pressures of school or homework for any of us.

But even with all that 2016 has been and all that is to come in 2017, New Year’s Day started as every day does, with a strong cup of tea, sipped slowly at the kitchen table. The journal that had absorbed all of 2016 was filled. A new one sat waiting. One journal was closed while a new one was opened, but the story is the same story. It’s my story and so as much as things change, they stay the same. I’m still who I am. What became apparent to me during my blogging hiatus is that I finally have come to feel at home into my own skin. As much as I have always felt that I am an outsider, an observer, set aside from the world around me, I am who am I supposed to be and I am where I am supposed to be in life. I know some of what lies ahead. Not all, but enough.

For Christmas, I was given another book, which has captured me even more than the last. All of the questions that came up during my retreat in October are being answered one by one in a book that feels like it was written in answer to my private journal questions. It is a gift of the year that has past which will carry me into the year that has just begun. And so the story continues.